Moles can hide very well we found out

After many hours in trains, buses and walking Beat It finally arrived at its destination the notorious Reeuwijk. On the way there we made some friends at the Sushi restaurant. What no one noticed was that the “molling” already started in front of our eyes. The GPS “did not work”.

Finally we arrived at our cozy accomodation. Immediatly after we unrolled our sleeping bags we were faced with the first task. Form as many words as possible with your team. A few could not recall the alphabet for some reason….

What happened next hmm beer, beer and more beer.

The next morning our bones and muscles were sore but the game doesn’t wait. We took the bus to Gouda to accomplish all tasks of the crazy 88 list. For some reason one team did very well and the other failed horribly.

In the evening there was time for another puzzle, which was only designated for the most clever persons of the group ;). The code was cracked, but meanwhile someone stole the most of our stake.

Weird things were happening, but we could not put our finger on it. The evening ended up with a round of bare chested Rage Cage… Oh well.

The next morning, it was time for the test.

Robert was most suspicious we believed, so he got most votes. But he was not the mole, moreover he was the winner… The person whe we cannot trust from now on is Oka. He played calm all weekend and did very well as the mole. We were very desillusionized.

We had to pack our bags and clean the floors, because the weekend was over. Many fell immediatly asleep when they got home. Happily there were many pictures taken so we can enjoy the weekend once more.

For all the great pictures go to our Flickr:

We would also like to thank the Accie for organising this weekend and in particular Bas with his great commitment and efforts.
Thank you all. 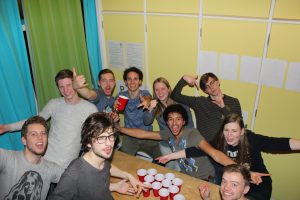 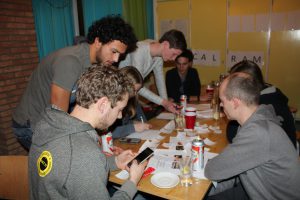 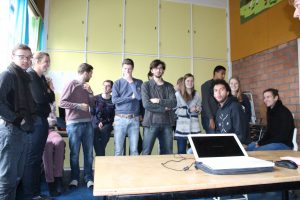 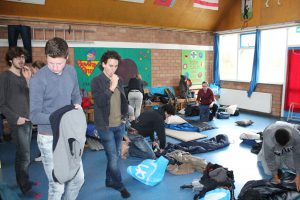 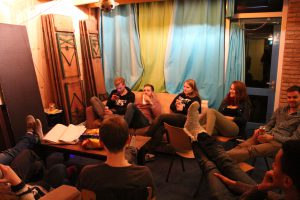 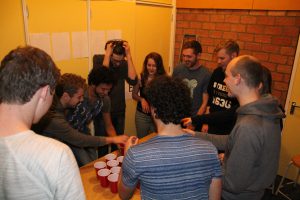